We all remember the movie, The Right Stuff, about the original seven Mercury astronauts. DeRidder High School graduate, Mel Branch, had the right stuff.

The Golden Age of LSU football started in 1958. That team, which Mel was part of, did something no team in the history of LSU football had ever done before and has not done since. Not the LSU team of Coach Nick Saban that won the national championship or the Les Miles team that won the national championship ever went undefeated.

Early in the second quarter of the Alabama Crimson Tide game, All-American Billy Cannon fumbled, and an Alabama player picked the ball up and ran it forty-five yards to the LSU five-yard line. Coach Dietzel sent in the Chinese Bandits, and a LSU football legend was born. Alabama gained only one yard in three tries against Mel's Chinese Bandits and had to settle for a field goal, the only score of the game.

In nine of the games played that special season, only seven points or less were scored against Mel's Chinese Bandits.

The street front of Pinewood Elementary in DeRidder is named in his honor. 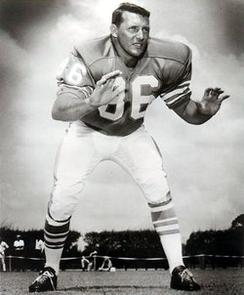 Signed with Virgin Records in 2000, Cagle made his debut on the Billboard Hot Country Singles & Tracks (now hot country songs) charts with the single "My Love Goes On", the first single from his debut album Play it Loud. The album, which was certified gold in the United States, also produced the Top 10 hit "Laredo" and "I Breathe in, I Breathe Out," his only number one hit.

Play it Loud was followed in 2002 by Chris Cagle, Released on Capital Records. Also a gold album in the U.S. It produced the Top 5 hits "What a Beautiful Day" and "Chicks Dig It". Anywhere but here, his third compilation, followed in 2005 and produced the #12-peaking "Miss Me Baby". A fourth studio album, titled My Life's Been a Country Song, was released in 2008, and its lead-off single, "What Kinda Gone", peaked at #3 on the country music charts in early 2008. Overall, his albums have accounted for thirteen singles, of which all but one have charted. 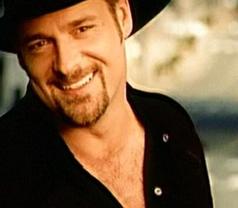 No one has broken the basketball scoring records set by Doris Coleman at Longville High (1957-1961.) A three time Class C all-starter, Coleman earned 4,4147 career points and 1,636 in one season. Her efforts rank second overall and fourth for a single season nationwide.

She went on to play professionally with Hazel Walker's Arkansas Travelers. 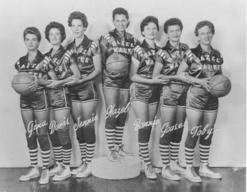 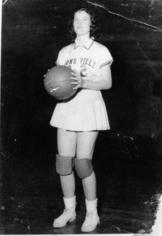 He played professional football for five seasons. His positions were Halfback and Quarterback. His jersey number was 12. He was with the New York Giants from 1930 to 1932. In 1933, he and fellow former New York Giants player John Simms Kelly became co-owners of the NFL's Brooklyn Dodgers franchise. Cagle played for the team in 1933 and 1934. Dan Topping bought Cagle's half of the team in 1934. 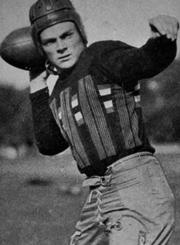 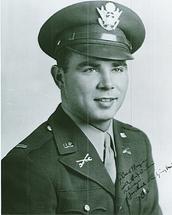 The citizens of DeRidder are indeed proud to have been served by a Mayor, remembered as "The Knight" - Sir Robert.

How many cities can boast of having been served by a mayor who had the distinction of being knighted by the government of Holland? Ironically, the city of DeRidder, being of Dutch origin, translated, means "The Knight". DeRidder did indeed have as their mayor "The Knight", Robert Cleveland Blankenship, between 1962 and 1970.

Beauregard Parish is rich in World War ll military history. This history of WW ll era, includes Mayor Bob Blankenship, who gallantly served his country and is remembered as being a hero in every sense of the word.

Mayor Blankenship entered military service in Georgia. In 1942, just one year after war had been declared, his tour of duty brought him to Camp Claiborne, which was initially set up as a tent camp in Central Louisiana. The camp which did not survive as a military installation was closed in 1945. The site is presently identified with a Louisiana Historical Marker.

On September 20, 1944, near Holland, Lieutenant Blankenship received one of his two Silver Stars for Valor. His unselfish service was recognized after he conducted a river crossing of the Waal River, and subsequently single-handedly destroyed an enemy machine gun position, silenced a sniper by use of hand-to-hand combat, and helped to neutralize a flack wagon with hand grenades.

Lieutenant Blankenship put his heart and soul into serving his country. Along with his two Silver Stars, he received one Bronze Star and Five Purple Hearts.

Never did Bob Blankenship imagine that he would be awarded the highest decoration granted by the Government of Holland to a foreigner, which was the induction into the Military Order of the Knights of William. For his gallantry, he was Knighted and assigned the name of "Sir Robert".

With the climax of his military tour of duty, his honors did not cease. He was selected as the "Man of the Year" while he lived in Alexandria, Louisiana. In that same year, 1951, he was further honored by being chosen "Citizen of the Year" in Rapides Parish. In 1962, Sir Robert received an award for "Citizen of the Year" from the city of DeRidder. For his outstanding performance, the Louisiana Association of Municipalities selected him "Mayor of the Year" for the State in 1968.

His distinguished Military Service combines with his exceptional involvement in civic and veteran's affairs are a credit not only to himself, but the City of DeRidder, also the State of Louisiana, as well as his country.

He served as Governor from 1940-1944. A son of Merryville was Sam Houston Jones, who slew "the giant that was the Long Machine".
He was born in 1897, the son of Robert Jones and Susan Frazer Jones in a log cabin in the piney woods of Merryville. Before he finished high school in DeRidder, he made up his mind to go to the State University and study law. Not only was Sam Jones born in Merryville, he grew up in DeRidder and married a DeRidder girl, Louise Gambrell Boyer. He succeeded in transforming the government of Louisiana from its scandals and spoils system to one which embraced civil service. His campaign against a political machine that held sway over Louisiana politics for 12 years, attracted national attention. Sam was the youngest member ever, age 21 to be named to the Louisiana Constitutional Convention. He fought many battles for poor people without pay and he would give his own money to help those who needed funds. Beauregard Parish is proud of its son, Sam Jones, Governor and elder salesman, whose outstanding contribution to his state was his fearless and long struggle for honest and clean local and state government.

Sam Houston Jones State Park located off Hwy. 378 south of Moss Bluff was named after him.