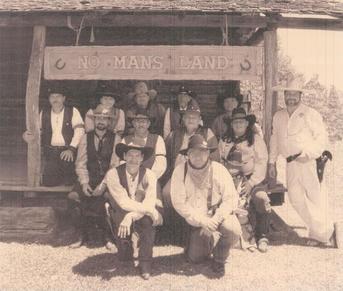 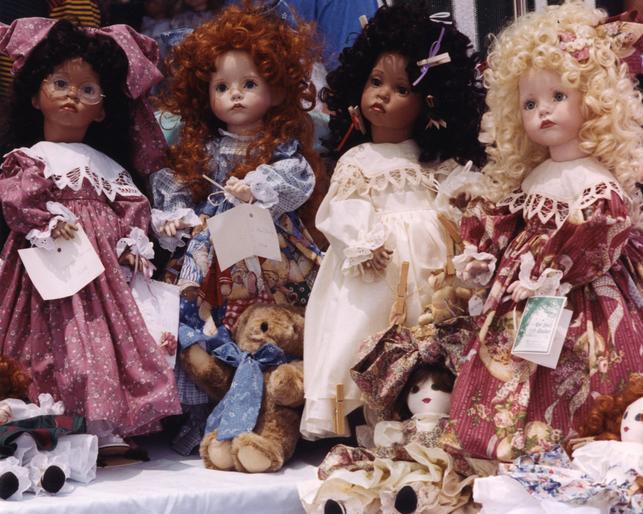 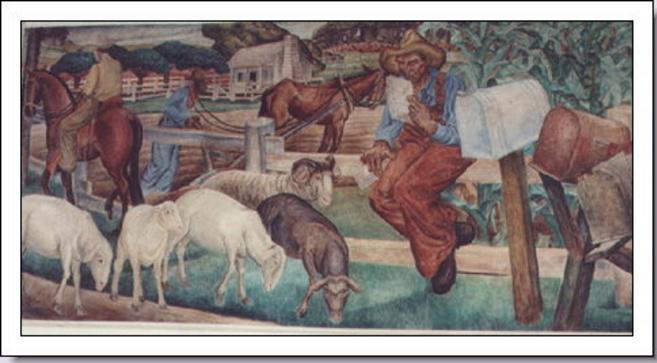 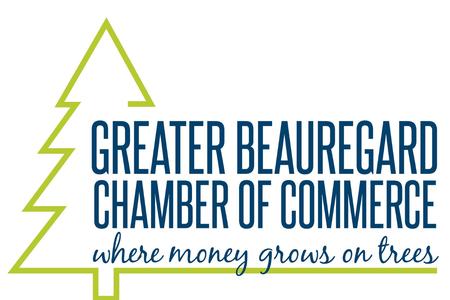 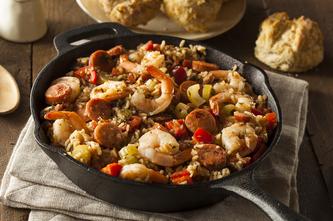 ​A little history….
A visit to these Southwest Louisiana is an early 20th century history lesson. This area was once part of the disputed “Neutral Ground – The Bad Land- No Man’s Land” between what was in 1807 the United States and the Texas territory claimed by Spain. It was then as it is today primarily rural, agricultural, timbered, and sparsely settled. Explore the rich forest covered territory of the No Mans Land and explore its many Myths and Legends.
Beauregard was used for army training maneuvers prior to the US entry to WWII. To support the troops, citizens in the DeRidder area supported one of the first USO facilities where soldiers could go to for recreation. Today the USO hall is a memorial to men from the area who gave their lives in the war. In the late 1800’s and early 1900’s the timber in area was thoroughly “clear cut” – so much that it resembled a defoliated battleground. Lumber mill towns were set up and once they ran their course became only memories. A particular pattern of wood found it these old forests,” curly heart pine” has been used to decorate homes in the area. During the Depression, CCC and WPA projects – schools, the airport and murals in the Courthouse and Old Post Office were authorized. The Beauregard Parish Museum, in the old railroad depot built in 1927 houses the area’s history.
The Beauregard Parish Jail was built in 1914. Called the Gothic or Hanging Jail, it is unique in design and notorious for hangings were held in the building’s spiral staircase. The largest town in this parish, DeRidder – is Dutch for The Knight. The town was named for the sister-in-law of a Dutch railroad financier. 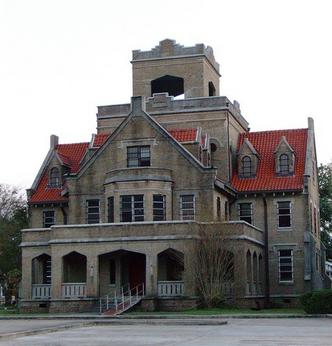 Thank you for contacting us! If needed, you will hear back within 48-72 hours.

​​​Visit our Greater Beauregard Chamber of Commerce for more info around our area. 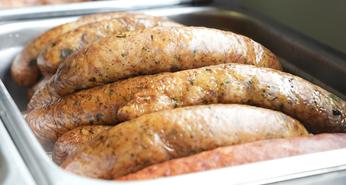 your next adventure awaits...

Travel the Myths and Legends Byway and stop off at the many hometown eateries along the way. From boudin and fresh cracklins to crawfish and gumbo, come taste the food we're famous for. 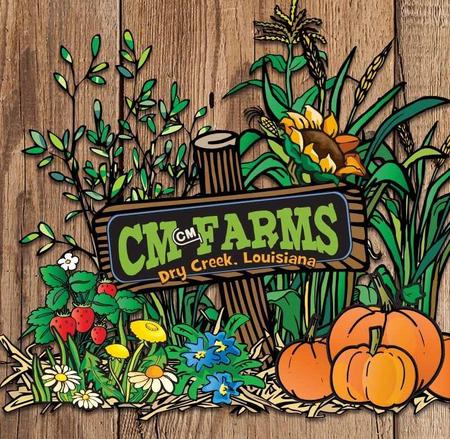 ​In 1936, Artist Conrad Albrizio won a competition thru the WPA to paint a mural in the DeRidder, Louisiana, post office.  He was asked to submit sketches for a design.  If the sketches met the approval of the director of the procurement, a contract would be granted and the painting begun.

Albrizio first canvassed citizens of the small town of DeRidder for mural ideas and found that the majority of residents wanted “a panel reminiscent of the town.”  DeRidder started as a small lumber camp, and timber had remained an important industry for many years until its recent depletion.  Sheep herding and agriculture provided the major means of livelihood in the 1930’s.  With that in mind, ALbrizio sketched a rural setting with a farmer walking to his mailbox.  In the background were a herdsman on horseback tending his flock and a “motorcycle mailman,” a common aspect of rural mail service at the time.  In June of 1936, Albrizio submitted his sketches to the review committee.  After suggesting that the mailman be replaced by a herdsman and the farmer in the foreground be seated, the committee accepted the design for the post office.  The revisions were made, and a contract was issued on July 18, 1936.  The mural was to measure 5 feet by 11 feet, and the total payment was $550.

Albrizio was expected to cover all costs incurred in the execution and installation of the work, including all transportation to and from the site from his fee.  He was to receive $200 upon completion of the preliminary sketches, $150 when the work was half completed, and the final $200 upon full completion.  Photographs were required from the artist showing each completed stage of the work.  Most artists barely broke even when carrying out government projects.  Albrizio carefully examined the walls of the new post office before beginning.  He found the interior walls to be covered with metal lath and positioned far from the exterior walls, thus providing a suitable base for the fresco.  The existing plaster a suitable base for the fresco.  The existing plaster needed to be increased to a uniform thickness before application of the finish coat, which would receive paint.  A small molding was attached to the underside of the projecting layer to act as a splay between the added layer and the existing wall.  Albrizio hired a professional plasterer to prepare the wall surface as the strenuous task often caused his hand to shake while painting.  He began painting the fresco in early September of 1936 between his semester obligations as an instructor of fine arts at LSU.  This charming scene relies on a very simple division of space to create depth in this small panel.  The looming figure in front captures the viewer’s attention; it is then led middle section, where a plowman tills the soil.  The sheep herder on horseback suggests a pathway into the distance, where a small rural farmhouse defines the far ground. 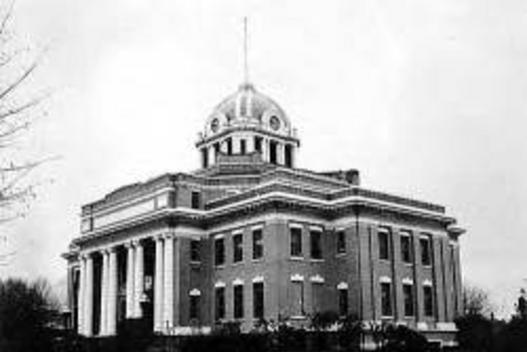 The Merryville Pioneer Festival is held the last weekend in March. Celebrate the unique heritage of the 'No Man's Land' with skits, entertainment, demonstrations and attractions reminiscent of the 1800's. 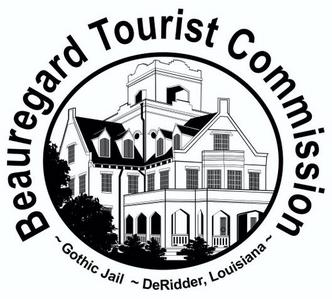 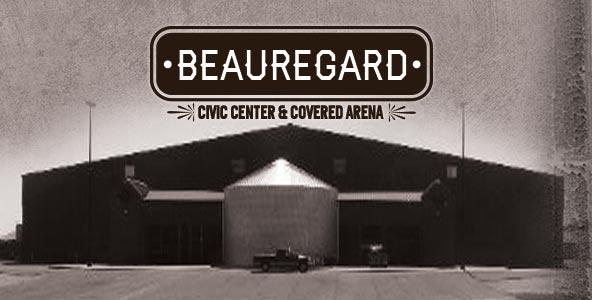 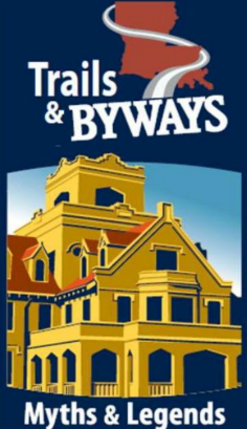 Send us a message!

The Gothic Jail of DeRidder was completed in 1914, and is believed to be haunted, possibly by the two men that hung for their crimes from the top of the jail stairwell. Tours are now available.

The Lois Loftin Doll Museum is housed in the beautiful 1934 "Old Post Office".  With over 4000 dolls on view at this site makes it one of the largest doll collections under one roof. The dolls will quicken the interest, delight the eye and dance right into your hearts.

Check out the events at our covered arena!