Ghost of the Old Jailer Legend

Christine Smith, who passed away in 2007, was a freelance writer and photographer whose work was published in magazines like Louisiana Life and Southern Living.

A photograph she took of the jail was purchased by the City of DeRidder and can be seen today at the Beauregard Museum. Some see a ghostly image in it, on the jail's porch.

"Whenever I looked at it, it looked like the gentleman was wearing a bib. About six months later, I was getting my hair done and there was an old man sitting who had brought his granddaughter to get her hair done. It just so happened there was an article in the paper that day and the hair stylist was discussing it. The old man inquired and told his story. He said the old jailer would stand on the porch every morning drinking his coffee, smoking his pipe and he always wore a white-bibbed shirt as he would do every morning as he watched the horse and buggies go up the street," said Lori Darbonne; Executive Director of Beauregard Tourist Commission. So, at that point every doubt that I ever had as to whether the old hanging jail was truly haunted disappeared.

Links to stories about the jail 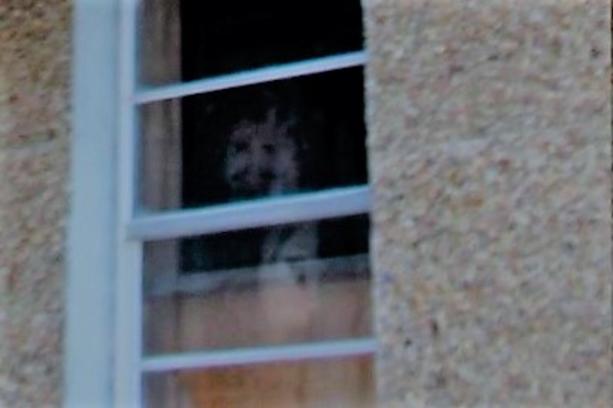 This picture is one of the mysterious photographs taken at jail that gives reason to why many people believe there are ghost that roam the floors of the old jail.

For several years the gentleman in the picture has be as mystery as to whom he might be seeing his apparel did not fit that of a prisoner, but was taken in the Jailers quarters. Pictures of past jailers and sheriffs were evaluated and found no likeness. Until one day while gazing through the parish history books to the dismay of everyone, there was three deputy sheriffs picture that served during the opening years of the jails operation. These deputies would have had accessibility to jail where this image was captured.   Now, it stands to reason that he bears such an honorable smile on his ghostly face. 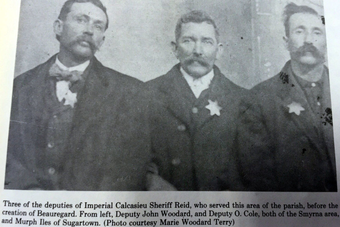 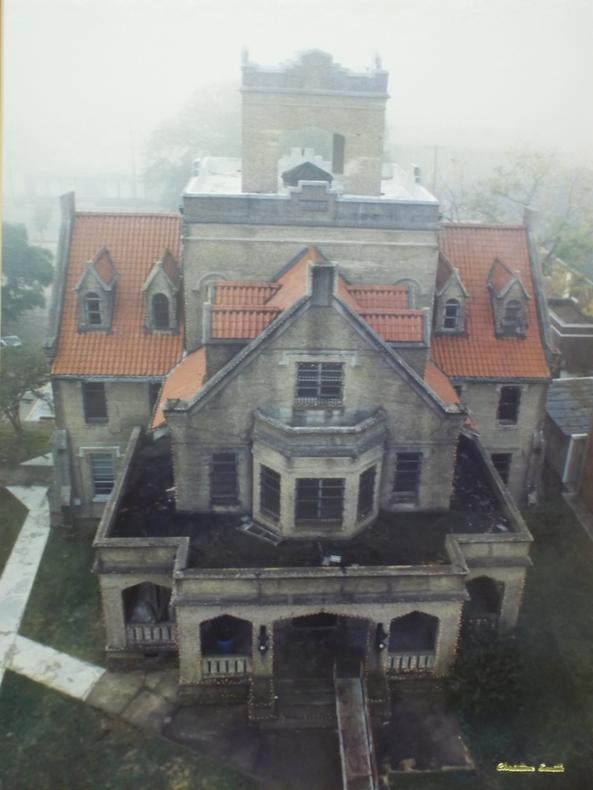 Only In Your State 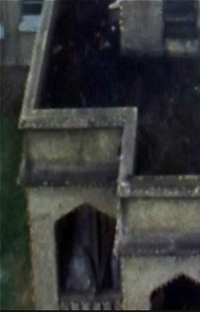 paranormal hunt in our jail you can contact the